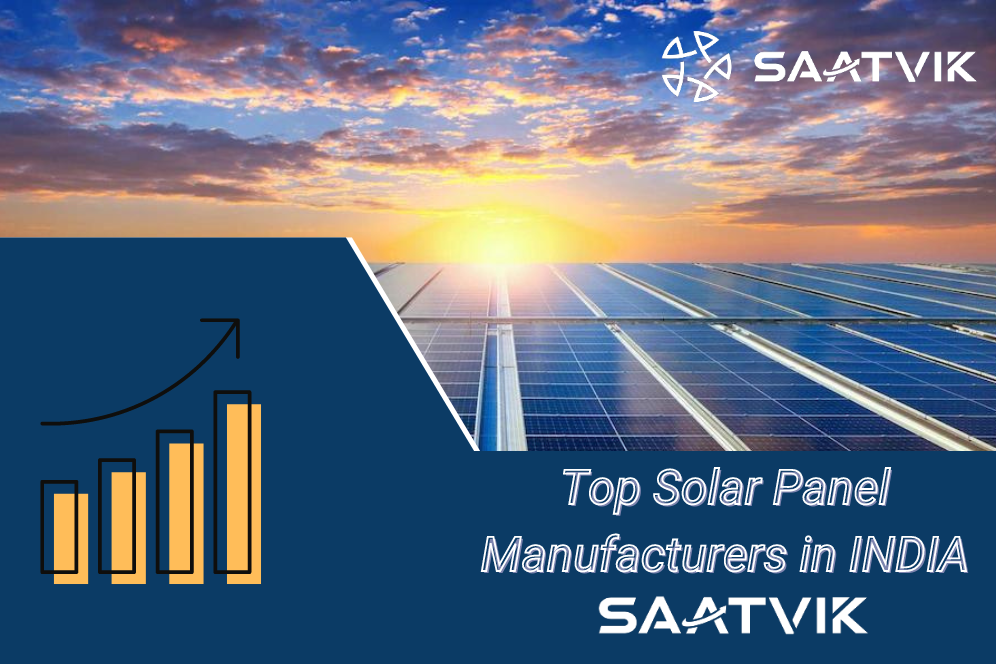 As India is moving faster toward its mission of reducing carbon emissions by 2030, a tremendous boon can be witnessed in the Indian solar sector targeting 500 Gigawatts of clean and green energy.  Several big and small entities have taken this as a business opportunity entering into various segments of manufacturing renewable energy products.

As India has recently witnessed the coal crisis recently, the dependability on fossil fuels for energy conservation has reduced to an extent as now the government has started pushing more focus on renewable mediums for required power transmission and to meet energy demands. Market is witnessing a race among players to become Top Solar Panel Manufacturers and EPC service provider as they can clearly see the growth expected in this market.

Currently, Solar Sector has been the most preferred investment choice for entrepreneurs entering into the business as the demand for solar PV modules specially catering to rooftop and utility projects in India has risen up. There are several manufacturers in India catering to demand not even in the domestic market but even in the international market as well.

As India is one of the fastest developing countries and is also considered to be one of the growing economies, several international players also prefer to enter their footprints and capture the market demand resulting in mass commercialization. Increased mass commercialization in the country has also even increased the carbon footprints in India, thus alternative energy demand has paced up as companies have started grabbing the attention to reduce the footprint and enhance the environment.

In a recent ongoing scenario, the solar power system has advanced over several years. Today, as the technology has improvised with continuous research and development demand for installation of Solar PV modules across top Solar PV Modules manufacturers and EPC providers, has raised up. As Solar is a medium of clean and green energy emitting zero carbon emission conversion towards solar is now become of the most preferred energy mediums in some states.

Among top solar panel manufacturers in India, Saatvik Green Energy has recently created new benchmarks as the company becomes the most preferred customer choice by producing high-quality solar PV modules, providing the best after-sales support service, and offering competitive pricing in the market. Saatvik has supplied modules in some of the marquee projects accomplished by BHEL, NTPC, and other government operating agencies in the renewable sector.

Saatvik has become one of the top solar panel manufacturers companies in India as the company has continuously strived hard work on after-sales, quality, and technology. The company strongly believes that among competitors in the market Saatvik in a short time has gained a brand repo just with the kind of service and product that they have delivered in the market.

Saatvik Solar has been consistently striving hard across technologies, Innovations, and R&D since its formation and created historical benchmarks become of the most demanded and Top Solar Panel Manufacturers Company in India. With regular efforts and continuous efforts in delivering premium quality, solar PV Modules Company has become one of the most demanded companies in the Indian Market. Saatvik manufactures high-quality premium products such as Bifacial, Mono Perc, and Polycrystalline up to 590 Wp.

The Ambala-based manufacturing firm has entered in the solar market in 2016 with a small manufacturing capacity of just 300 Megawatt Production and within a short span of time company has created remarkable benchmarks in the market.

As per their expansion plan, Saatvik is soon revealing opportunities in the International market where the company aims to cater to the USA and Europe markets. In a recent official statement, the company has already strategized its GTM plan to set its footprints in global markets.

Saatvik is setting up a green field project in Gujarat hence increasing its production capacity up to 3GW making it stand strong among the players in India making it one of the Top leading Solar Panel Manufacturers in India. 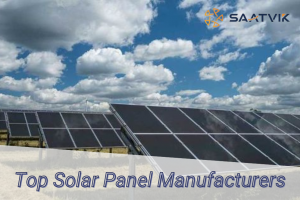 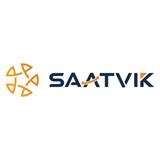 Waaree energies Pvt Ltd was founded in 1989 with its headquarters situated in Mumbai. The company has grown rapidly and exponentially in terms of module manufacturing and supplying across the globe.

Waree claims that they are the only firm in India to have an internal facility and a NABL lab facility. They provide EPC services, project development, solar rooftop solutions, solar water pumps, independent power plants, and many other things. Waaree Energies Ltd. is one of the best solar panel manufacturers to rely on with more than 32 years of expertise and presence in 68 countries worldwide in addition to India.

Adani Solar, a division of Adani Enterprises Ltd., is among the top 15 utility solar power developers globally. Having their manufacturing set up in Mundra Gujarat where they produce Solar cells and modules using best of the art state technology having a production capacity upto 1.5 GW/annum.One of the biggest installers of solar panels in India is Adani Solar.

This solar power firm continues to be a preeminent innovator in the production of one of India’s Best Solar Panels. Over the past 20 years, the firm has supplied over 1.4 GW of solar modules globally and has dominance in residential rooftop solar systems.

Apart from the listed players, many new emerging players are entering the market with innovative ideas and technologies to compete in the market with leading and top module manufacturers in India and are striving hard to deliver the best solutions in the market. As the government has recently introduced several support policies for players under the make-in-India scheme opening doors for business new entities to manufacture and supply renewable products in the market.

With increasing fuel and electricity prices the global market is witnessing a massive demand for renewable products as the increased prices are now getting out of the pockets of the end consumers. The Solar technique coming into the market makes implementation of solar panels and solar systems possible not to just run households, but also for industrial applications as well.

With rooftop Solar PV panels installations now energy needs can be well taken care of saving huge monthly electricity bills. Solar panels convert sunlight into energy as the cells embedded in the modules have higher efficiency to convert sun rays into electricity. Consumers across have become really cautious against choosing the best solar panel for installation at their sites. Companies across the Indian market are spreading awareness against the best solar panel usage and thus Top Solar Panel Manufacturers and EPC services service providers are now spending on educating the consumers about the benefits that solar panels provide.

Increased prices for electricity bills have impacted the monthly budgets, End consumers have started looking for alternative energy resources to save on their monthly unwanted expenses. With technology taking pace and prices being supportive end consumers are now taking more focus on getting Rooftop Solar Panels installed in their homes.

The state government has also been actively working in promoting the renewable sector, especially the solar sector by providing support in terms of subsidy benefits directly to the end consumers in their bank accounts if they convert their energy mediums into renewable mediums. State governments are providing subsidies upto 40% for rooftop consumers who opt to convert their energy mediums to renewable mediums. Among the Top Solar Panel Manufacturers in India Saatvik Green Energy Pvt.Ltd has recently become one of the most preferred solar module company for rooftop as the generation power delivered by Saatvik modules are high even during weak lights.

Rooftop Panels or household solar panels generate around 300 watts per hour when exposed to direct sunshine, which means that during a typical summer day with 10 hours of sunlight, it may generate roughly 3000 watts or 3 kWh per day. A house with a monthly power demand of 1000 kWh requires 26 – 30 solar panels on average (Each solar panel is of 320 watts). With a home up to 1500 Sq. feet generally, 15-18 Solar panels are enough to generate the required power. As solar panels operate by catching light particles, these photons knock electrons loose from their atoms, resulting in what we know as the flow of electricity.

Top Solar Panel Manufacturers Companies in India claims that modules with higher efficiency power are are much in demand as compared to the technology that was used earlier. As we are aware that in India we have nearly about 300 clear and sunny days, Opportunities towards converting from regular energy mediums to clean and green energy mediums are a better option helping you out save more on your monthly electricity bills.

The value chain for top solar panel manufacturers begins with poly silicon and/or ingots, which are then turned into wafers. These wafers are used to make solar cells, which are subsequently put together to make solar modules. Given strong renewable energy ambitions, the country’s solar capacity installation is predicted to increase to 14 GW per year between fiscal years 2022 and 2024. Demand for cells and modules will rise as a result.

India has a defined target to achieve by 2030, top solar panel manufacturers companies in India are in a race towards working on innovative technologies that can be integrated and implemented in the Solar module manufacturing process so that the end consumer installation process and generating required energy can be made easy. 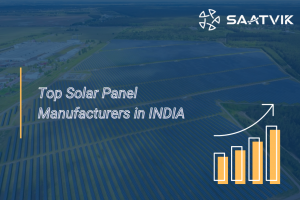 India Strengthen its energy Transmission requirements by adopting clean and green Energy mediums. As India is moving faster toward its mission of reducing carbon emissions

Roof Top Solar: Best Rooftop solar panels for converting your home into renewable homes. Despite the substantial worry about global warming and consumption of natural 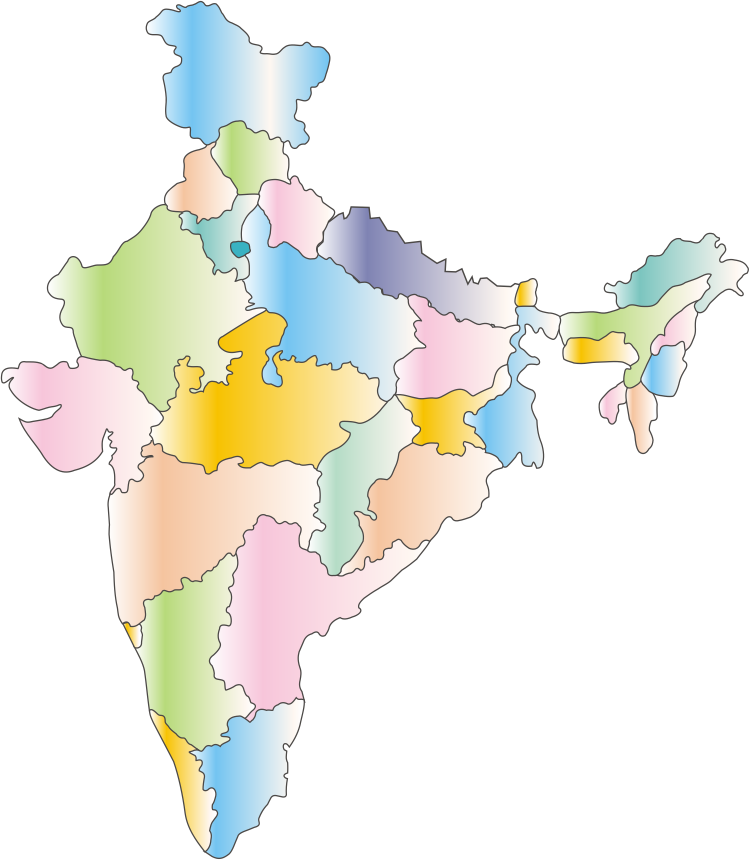